My approach to Facebook ads and marketing funnels is not a fluke, nor is it a one-hit-wonder. It’s a tried and tested method which I have implemented for multiple clients, across multiple industries from 2015 through to 2019.

This approach continues to maintain an average return on investment in excess of 10x despite the plethora of changes to the Facebook & Instagram ads algorithms, as well as the ever evolving nature of the modern day consumer.

I hope this Facebook Ads case study equips you with the insights, tools and skills you need to start generating highly qualified leads and sales for your business.

I also hope that in sharing my systematic approach to generating leads and sales, you’ll avoid making the same mistakes that I made… Mistakes that led me to fall victim to the same ‘work-hustle-burnout’ quicksand that I’ve seen so many of my colleagues – who also run small businesses – fall victim to over the years.

Simply relying on ‘hustle’ and ‘luck’ to generate leads and sales is not an effective business strategy, nor is it a sustainable one.

I still remember the day I ran my first ever Facebook ad.

It was April of 2012, and it was a different era in the history of Facebook…

Facebook was still yet to go public and the world was still unsure about this whole ‘social media’ thing.

It was a time where the only Facebook ads you could run were restricted to the side bar of the News Feed.

There were no in-feed ads.

There were no messenger bots.

There were no options to customise your placements and run ads on mobile only. 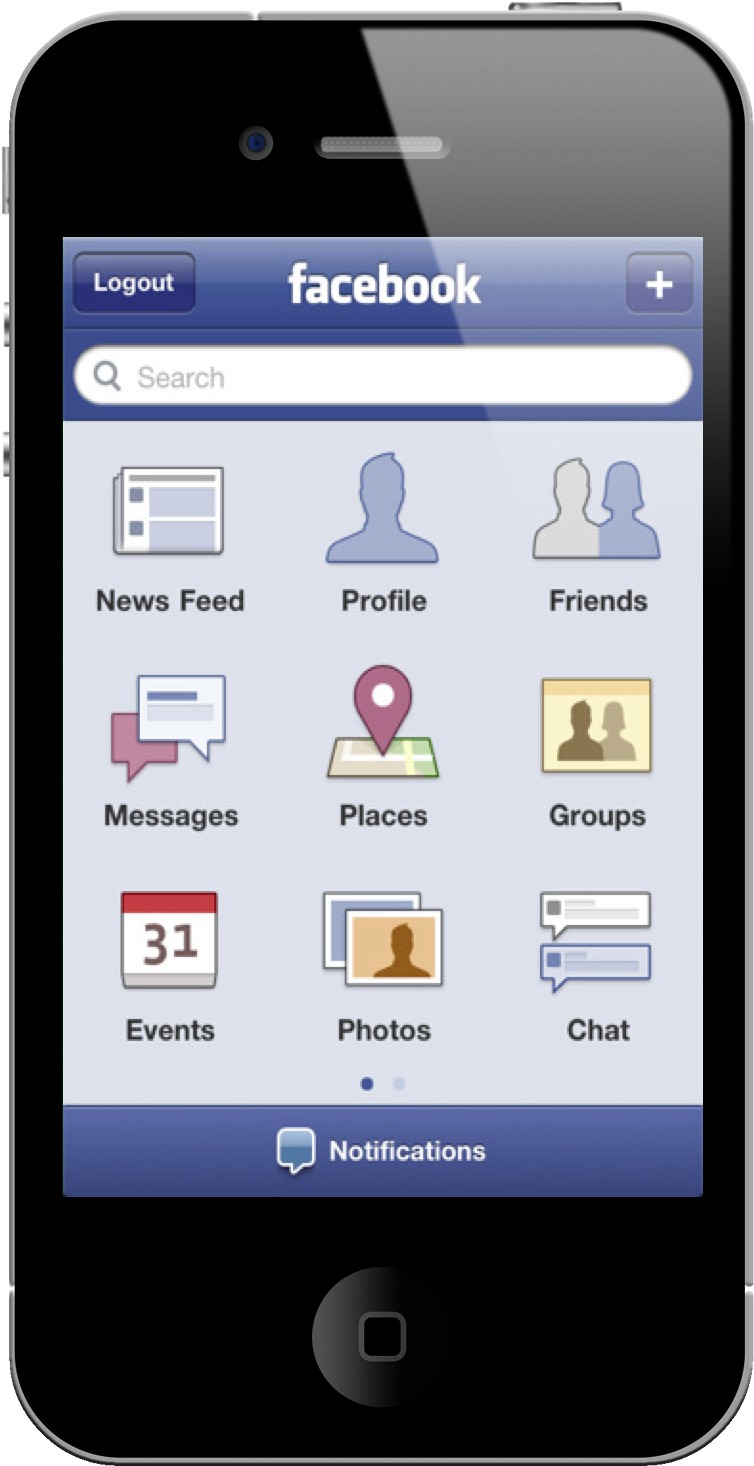 Since then a lot has changed in the world of Facebook ads.

Similarly, a lot has changed in the way I approach Facebook ads.

In the seven years that have passed since I published my first Facebook ad, I’ve learned a lot about what it takes to run a successful Facebook ad campaign that actually generates leads and sales.

I’ve literally created tens of thousands of ads and have spent hundreds of thousands of dollars on media distributing those ads to millions of potential customers who use Facebook and Instagram.

And in the seven years since I ran my first Facebook side bar ad, I’ve learnt a thing or two about what it takes to run a successful Facebook / Instagram campaign.

Like most learning curves, it took me a number of years (and a few tears) before I finally crafted an approach to running Facebook ads that you could consider ‘wildly successful’.

In fact, it wasn’t until May of 2015 – three years after running my first ever Facebook ad – that I had finally unlocked an approach to Facebook ads that I was confident would generate quality leads and sales.

And even then, it would take me another five months of tinkering, iterating and perfecting my approach before I was confident enough to implement it on behalf of one of my client’s campaigns.

Impressed with my efforts – I gave myself a gold star, treated myself to a delicious nip of single malt whiskey (Lagavulin to be precise) and continued tinkering away at this approach to ensure it wasn’t a fluke or a one-hit-wonder.

Fast forward six months to March of 2016 and I was tasked with implementing this approach on another campaign for that same client. 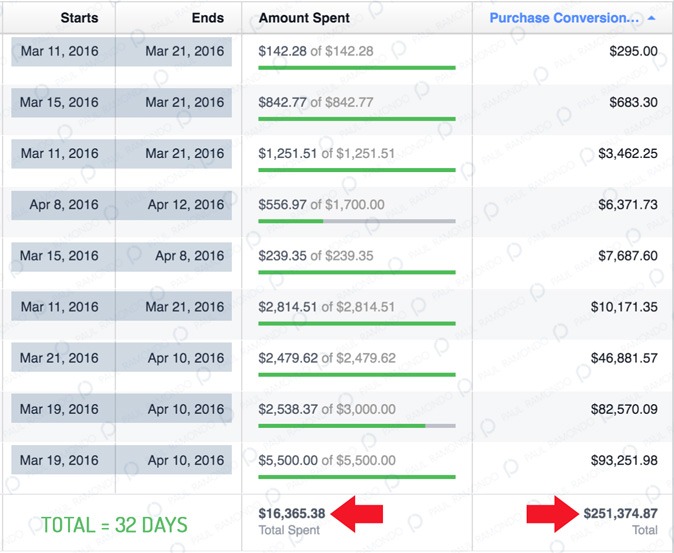 I treated myself to another nip of whiskey, gave myself another gold star and continued optimising my approach to ensure these two campaigns weren’t anomalies or two-hit-wonders.

Fast forward another ~six months to September of 2016 and I was tasked with implementing my approach to Facebook ads and marketing funnels on yet another campaign for that same client. 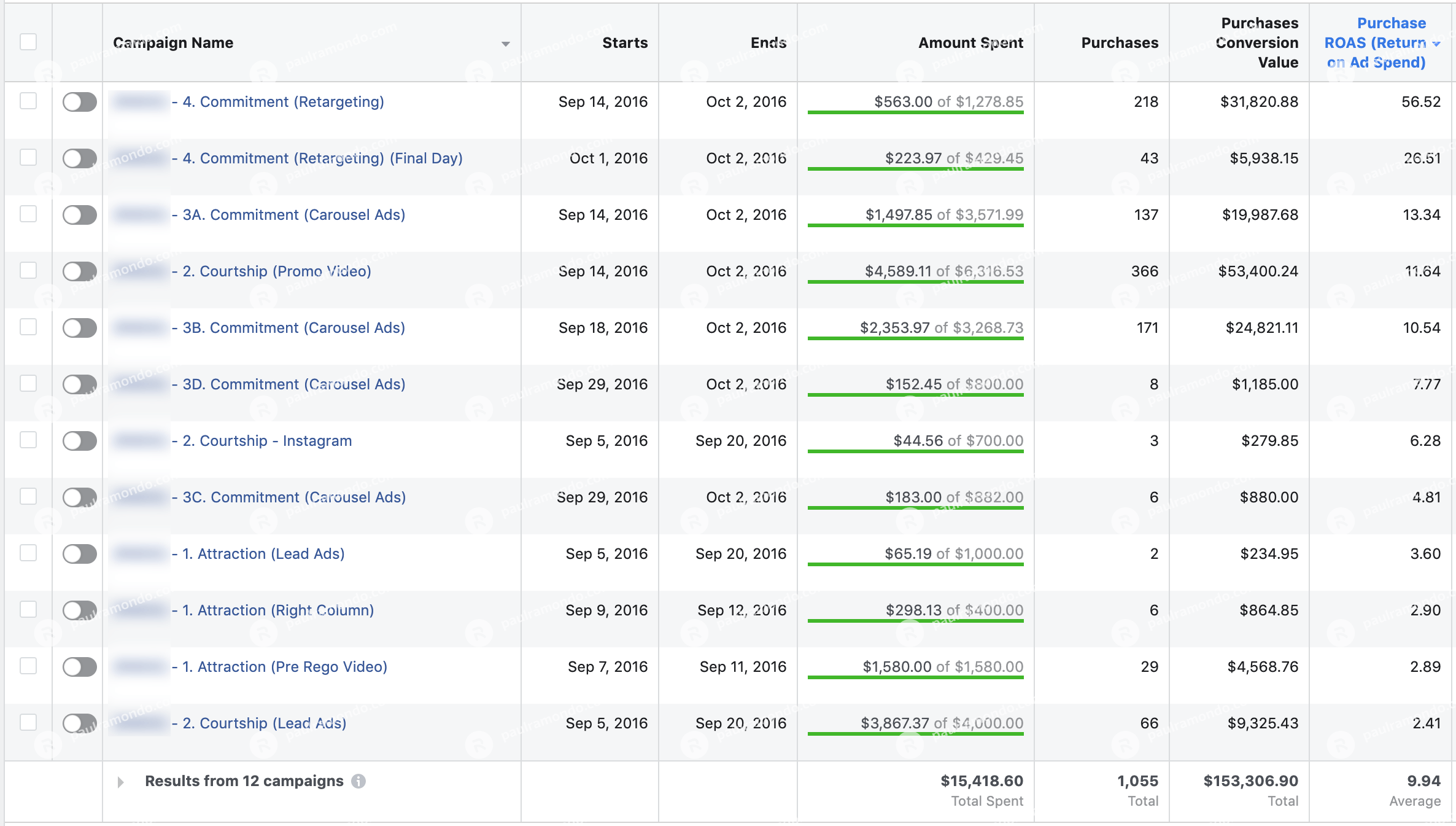 This time around I wasn’t as impressed with my efforts compared to the first two ‘wildly successful’ campaigns.

Naturally this meant no gold star and no delicious nip of single malt whiskey for me.

Instead, I spent days reviewing my approach at the macro – breaking down the overarching strategy, the mechanics of the funnel and the psychological profiles of both the avatars we were targeting as well as the product we were offering.

I then delved deeper, reviewing my approach at the micro – breaking down each campaign, ad set, audience and ad – trying to determine exactly WHY it didn’t perform as well as the two campaign’s that proceeded it.

I wrote pages of notes and changes that I needed to make in the future so the next campaign I worked on would pass the elusive 10X ROI goal – which I had just missed in the latest campaign.

Fast forward two months to December of 2016 and I was tasked with implementing my approach to Facebook ads and marketing funnels on yet another campaign.

Except this time, I was determined to learn from the mistakes I made two months earlier and set myself the goal of generating a minimum 10X ROI – no excuses.

This campaign ran for 43 days, taking us into the early months of 2017.

I slapped on another gold star, treated myself to a nip of whiskey and continued to repeat this process using my approach, again, and again and again for multiple clients…

I won’t bore you with the rinse and repeat nature of my approach over the years.

Instead, I’ll let the results do the talking for me… 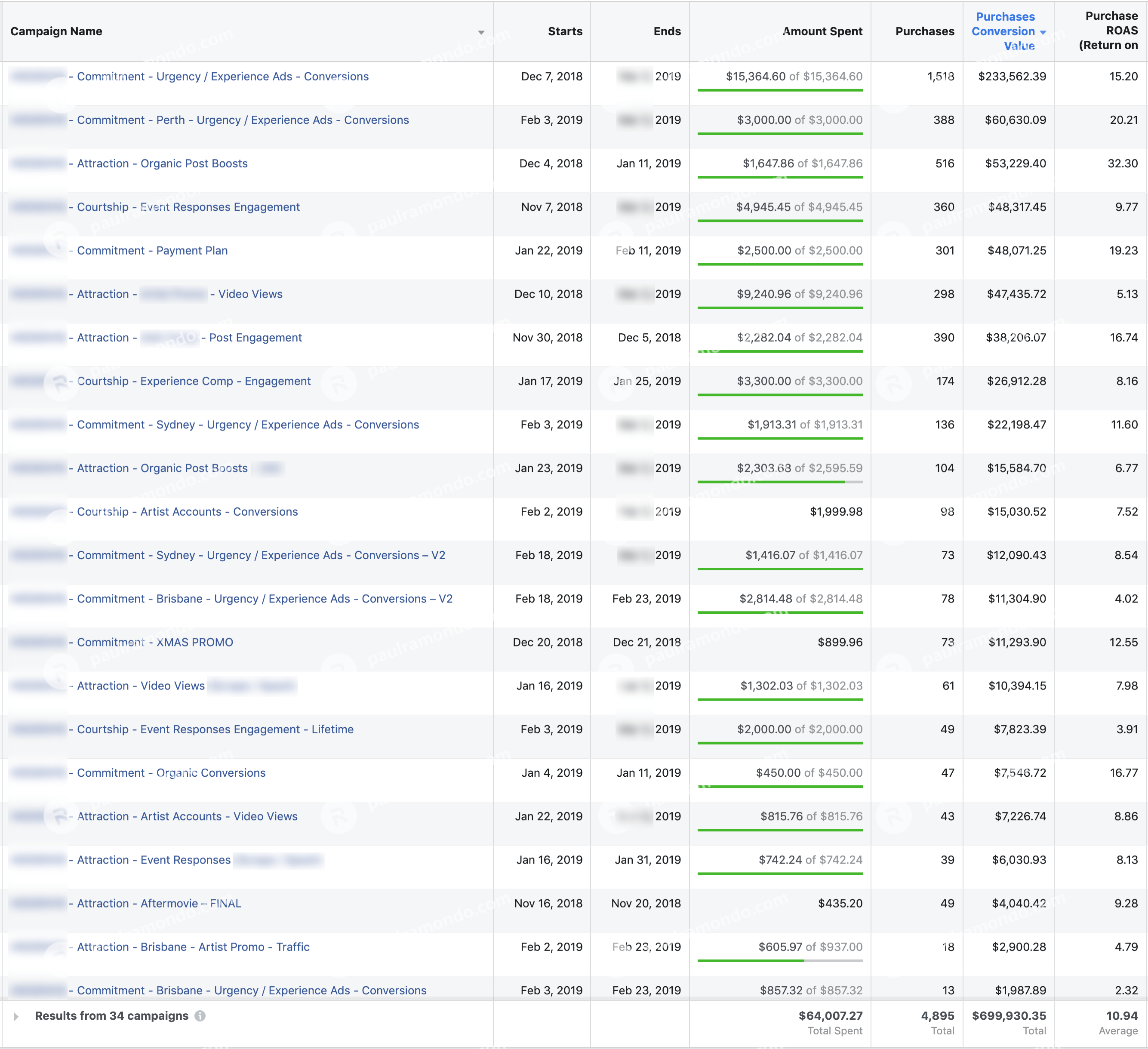 Facebook Ads Case Study: How did I generate these results?

In other words, my approach to Facebook and Instagram ads has resulted in an average of ~13X return.

That is, for every dollar we’ve spent on Facebook and Instagram Ads, we’ve been able to generate $13 in revenue.

My results from running Facebook & Instagram ads aren’t an anomaly, nor are they a result of blind luck.

It’s a simple, five step process your business can use to attract, court and convert highly qualified leads into paying customers WITHOUT coming across as sleazy or pushy. 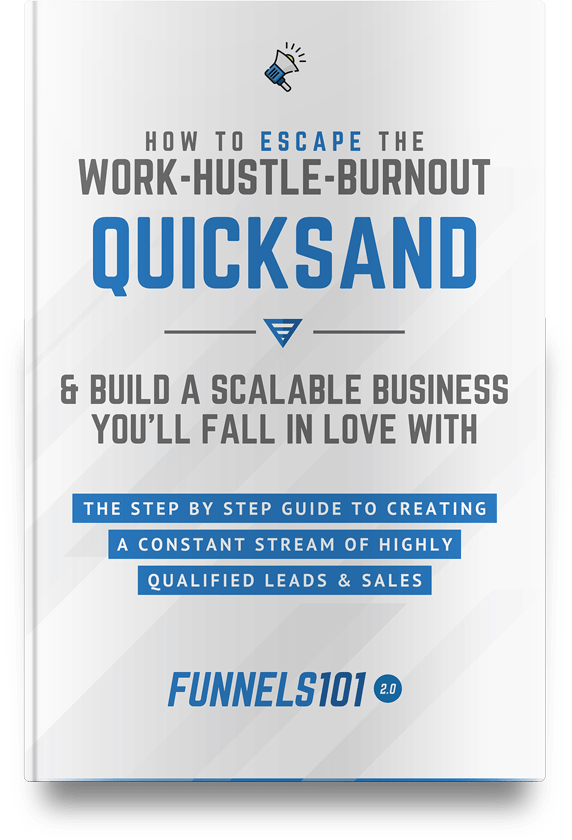 You can download it by clicking the link below:

Finally, I just want to say a massive thank you for reading! If you found this article helpful, please consider sharing it.